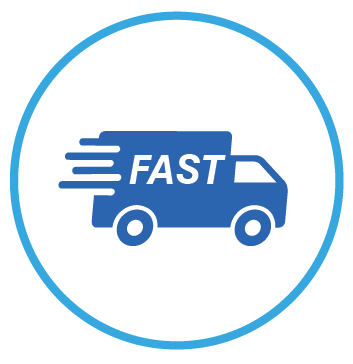 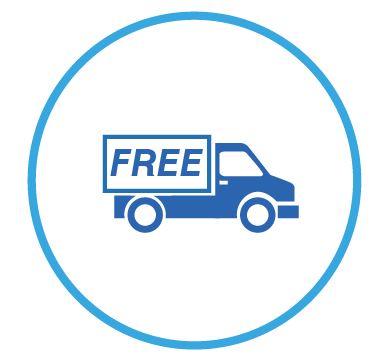 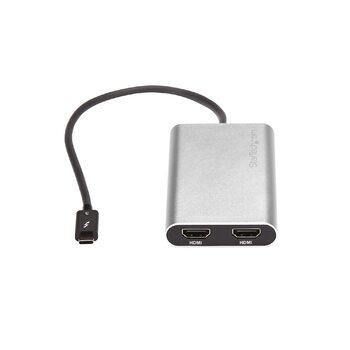 This high-performance Thunderbolt™ 3 adapter lets you add two 4K 60Hz HDMI monitors to your Windows® or Mac computer through a single Thunderbolt 3 port.

Connect two UHD 4K displays to your computer at 60Hz

With an unprecedented 40Gbps of throughput, Thunderbolt 3 enables you to achieve the previously impossible feat of using a single port on your laptop to output dual 4K resolution at 60Hz to two independent displays. This performance lets you run the most resource-demanding applications imaginable. You can output independent content to each display at resolutions of up to 4096 x 2160p (60Hz), which is perfect for editing 4K video or performing other Ultra HD tasks such as creating CAD drawings or reviewing medical imagery.

Functioning as an external 2-port graphics adapter with audio support, this is a compact and convenient alternative to a laptop dock when you don’t need full docking capability.

With two UHD 4K displays, you can work more efficiently from your laptop, so you can accomplish more in the same amount of time. With each display delivering 4K performance, you can have four times the screen space compared to 1080p. Creative professionals can be more productive with the freedom to edit 4K video on one display while previewing raw video playback on the second 4K display.

This adapter helps to keep your system running at peak performance. Unlike USB external video solutions, Thunderbolt 3 lets you run Ultra HD 4K resolution at 60Hz on both displays without draining system resources.

Because it’s backward compatible with your high-definition 1080p displays, this is a great accessory for home, office or other desktop workspace applications.

This item comes with a 24 months warranty

What's in the Box
Included in Package: Thunderbolt 3 to dual HDMI adapter